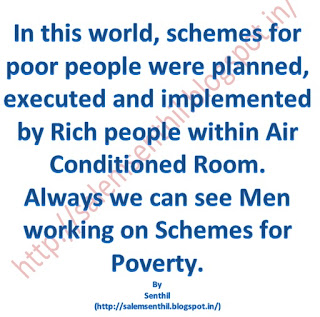 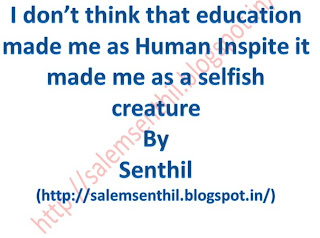 Posted by Unknown at 3:35 AM No comments:

Email ThisBlogThis!Share to TwitterShare to FacebookShare to Pinterest
Labels: சிந்திக்க


After the Lanka War, Hanuman submitted his TA Bill for his tour to pick up the Sanjevani booti.

The Dealing Assistant in the TA Section raised 3 objections as under:

a) Hanuman did not take permission of King Bharat for undertaking the tour;
b) Hanuman being a Group 'C' official was not entitled to Air Travel; and,
c) Hanuman was asked to carry a plant, but instead carried the whole mountain. Hence claim for excess baggage not acceptable.

'Re-examined. Since Bharat was ruling as a representative of Ram, and, since Hanuman had gone on official work under directions of Ram, these directions would not only suffice, but would also constitute permission to utilize non-entitled class of travel. The excess baggage is justified as Hanuman being a Group 'C' official might not have been able to properly identify the proper plant, and, bringing the wrong plant would have entailed multiple journeys, thereby increasing expenditure from the exchequer. Accordingly, the claim, as submitted, may be passed."